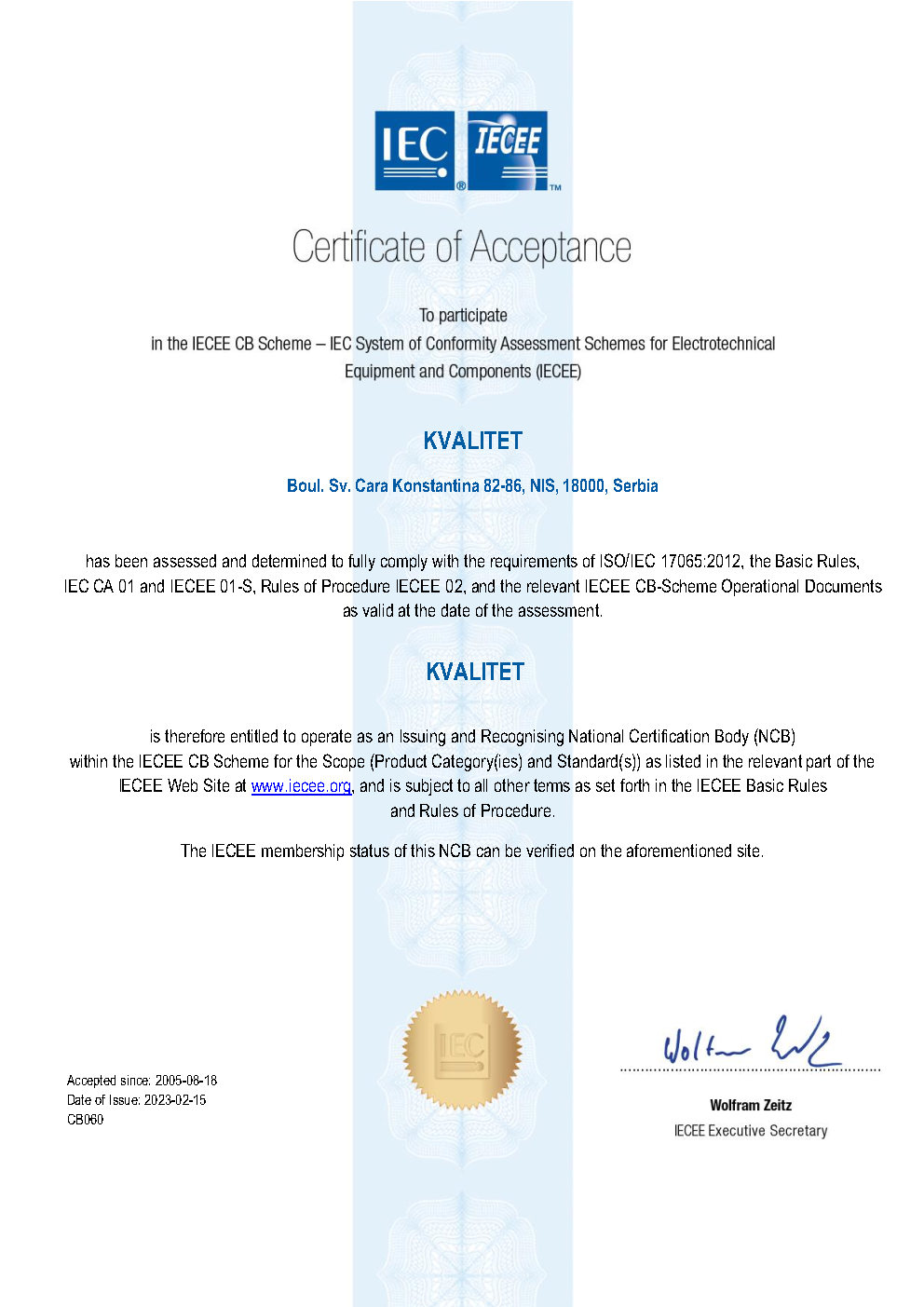 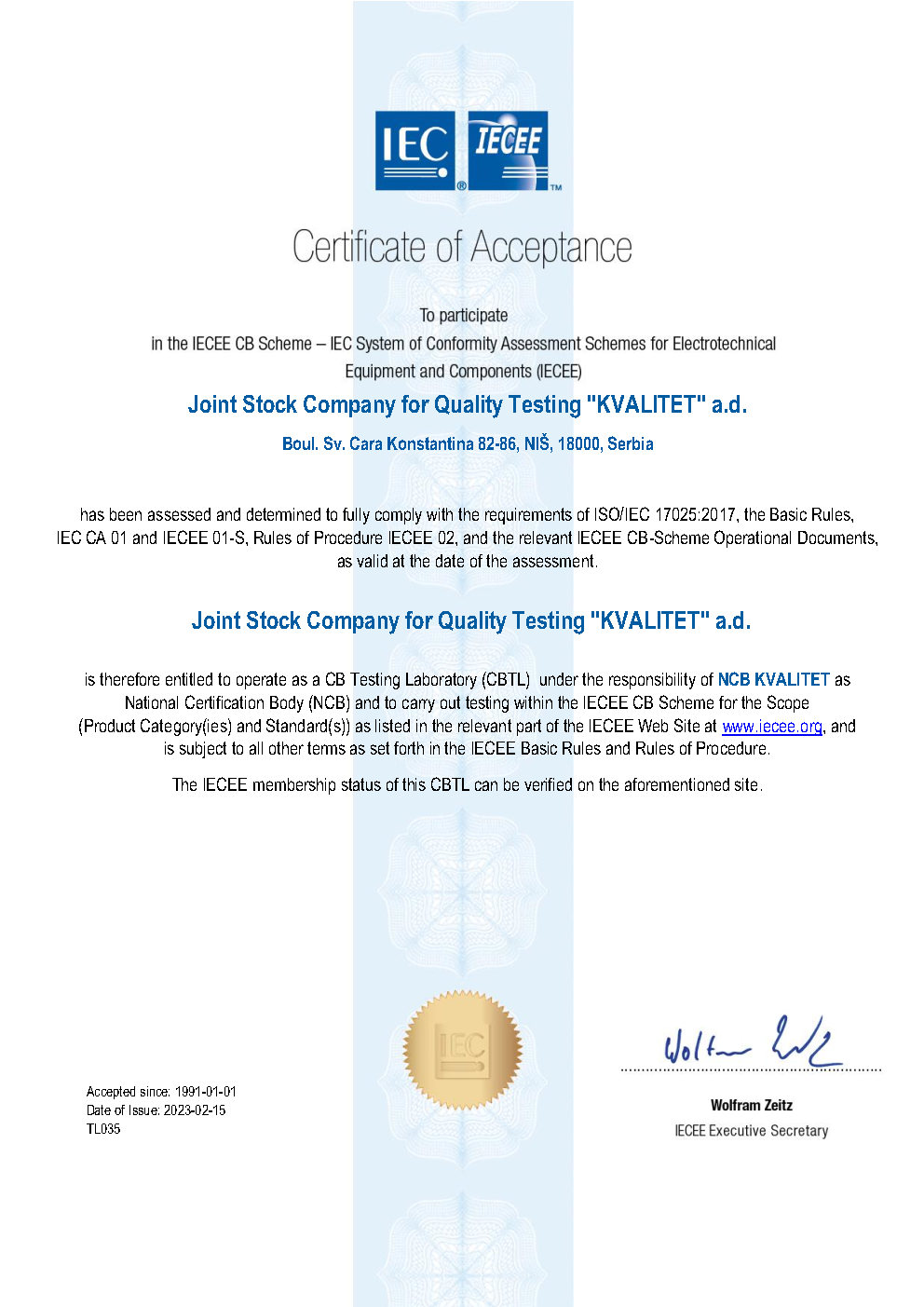 CB Scheme is an international organization whose main purpose is to provide easier placing on the market of electrical products, it helps in reducing trade barriers caused by different certification criteria in different countries and helps industry access new markets. IECEE, the IEC System for Conformity Assessment Schemes for Electrotechnical Equipment and Components, is a multilateral certification system based on IEC International Standards. Its Members use the principle of mutual recognition (reciprocal acceptance) of test results to obtain certification or approval at national levels around the world. Products are tested only once with the purpose of determination of their compliance with the relevant standards. Based on the tests, test reports and CB certificates are issued. They are the basis for issuing national certificates, which allows placing products on different markets, mostly without additional testing.

Kvalitet a.d. Niš has joined this organization and in early nineties of the last century and in June 1991 in Paris at the meeting of the Management Committee (Committee that at the time managed the IECEE system for conformity testing and certification of electrical equipment and components) was accepted as a testing laboratory. At the same meeting Institute for Standardization of Serbia was accepted as National Certification Body (NCB).

In August 2005, Kvalitet a.d. Niš becomes a national certification body in the said scheme, achieving a previously set goal to round off the process of testing and certification within the CB Scheme.

More information you can find on www.iecee.org
or in this document.